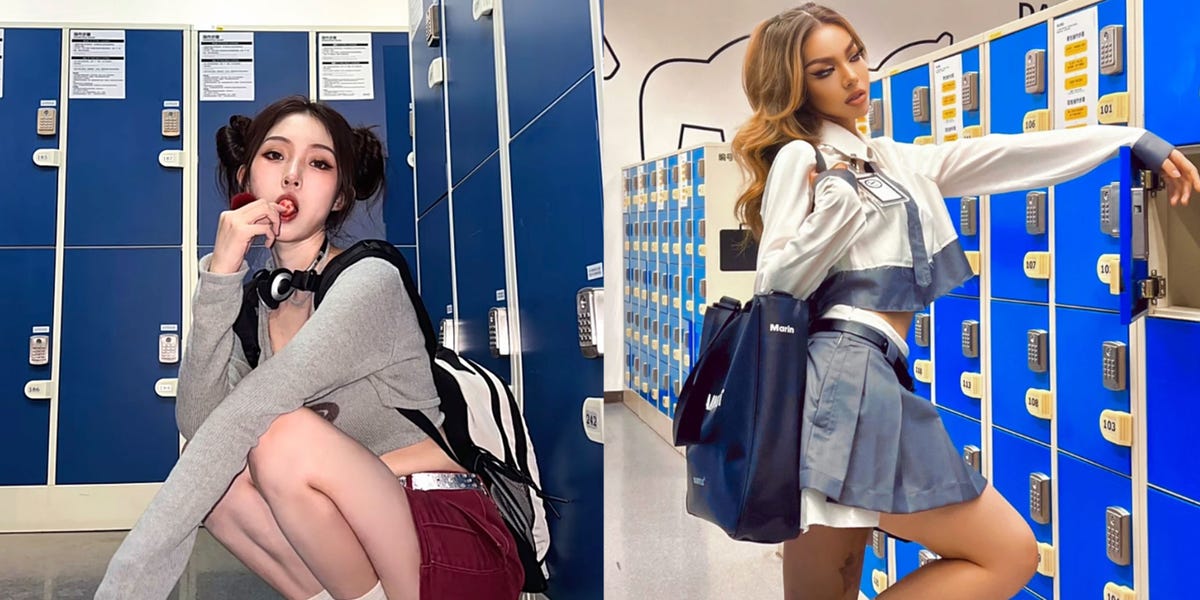 It may have been a bit more difficult to enjoy shopping for minimalist Scandinavian design furniture in Shanghai recently.

Chinese influencers, dressed in pleated skirts, button-down shirts, ties and backpacks that might as well have been plucked off the wardrobe shelves of “Gossip Girl” or “Clueless,” are using IKEA lockers as backdrops for photos imitating “Meigaofeng.” or “American high school”.

Blue lockers, used by customers to store their belongings while they shop, are now featured as the mainstay in a social media trend that seems to idealize American high schools, so commonly depicted in American film and television. Some influencers combine their “high school” outfits with other American symbols, like Coke bottles or fast food.

Shoppers, exasperated by the disruption, reportedly complained that influencers were interrupting their shopping trips. rumors the retailer forbidden The photograph in parts of their store circulated on the internet, although it appears the policy may have been misunderstood, as IKEA staff were actually only trying to stop influencers if they were noticeably impeding other shoppers’ ability to access lockers. .

“We are committed to creating and delivering an inspiring and convenient experience for our customers,” IKEA said in a statement provided to Insider on behalf of its Xuhui store.

“We thank the influencers for choosing IKEA as the backdrop for their photos,” the statement continues. “However, we do not encourage behavior that could interfere with other customers, such as gathering and blocking shopping aisles.”

China blocks Western-based media companies, including Instagram and Facebook, and has its own version of TikTok, called Douyin. But American television, music and movies continue to be popular with young people.

The original “Gossip Girl”, which appears to have inspired in part the “American high school” IKEA lockers trend, was popular in China during its run. It garnered between 3 and 5 million views a week through illegal streaming and downloading, according to a report by the China Market Research Group, Forbes reported.

Rail: RMT is getting two closures for the price of a one-day strike